It's cold and damp outside. We arrived in Duesseldorf at 6am to a city that, to all intents and purposes, was still asleep. Except for all the pesky early birds flapping around at the airport. How do they manage to look THAT crisp and chirpy at THAT hour? No surliness, no moodiness, no whaddayawant attitude. Just polite questions at the coffee stand as to my early needs, civilized transactions, fast, good natured nattering in German.

Then the cold wind at the train station. Now that reminds me of an early morning at the Munich Bahnhof. Yes, it's cold here. And yes, I am a wuss. Walter and I are staying at the Hotel Stadtpark which we reached at 9am after a brisk S-Bahn ride. We immediately got our room - no hanging around in the lounge until 3pm (that other hotel in Prague). And we went swimming and sauna-ing in the hotel pool and spa. Man, that felt nice!

Today was rehearsal and press conference day. Both went well, I think. Met the bass player, Nico Brandenburg, another tall, very nice German. I will look like a shrunken version of myself on stage next to these teutons, but heck. At least they can shlep the heavy equipment! Tomorrow we will make the long trek to Vienna, Austria, where the tour will officially start at the Tunnel (show is on Thursday at 9pm).

I did want to upload some rehearsal pics, but the vodafone usb internet thingy is somewhat capricious and might rob me of my connection. There will be more news, and hopefully more pics, down the road.

Until then, much love in all directions!
Email Post 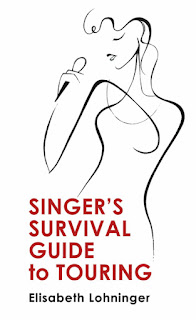 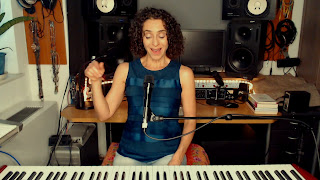